There is not much that you and I can do about any future mass shootings.  They represent evil deeds conducted by evil people and could involve weapons other than just guns.  But there is something I have already done and you can as well to possibly save your life.  As the title to the Nugget suggests, there are oftentimes only seconds between Life and Death.  Those seconds can be significantly extended when the emergency team has information on the patient available to them.

I started wearing an EPIC_ID Medical Alert Bracelet shortly after I had a heart attack as well as other medical issues at that time.  I was concerned that there may come a time when I might be found unconscious and no one would know who I am if I were found without my wallet which could happen if I had been robbed and beaten.  I am in my mid-70s and health is always a concern.  But this is where these shootings opened my eyes.  Most of the deaths and wounded were NOT in their late 70s or beyond; they were young and the medical emergency team working to save their lives knew little to nothing about them unless they were conscious enough to tell them.

That is when I thought about the real value of a medical alert bracelet for everyone but not just a bracelet that might tell someone the person has Diabetes or a Heart Condition, like the ones we have seen for years.  The EPIC_ID Bracelet gives the medical emergency team THREE PAGES OF YOUR HEALTH INFORMATION stored on a USB drive that is part of the bracelet and clasp.  There may be other similar bracelets available on the market but the EPIC_ID Bracelet is the one I use and am familiar with.  You have no idea how impressed the people at the hospital have been when I show them how it works.  I DON’T LEAVE HOME WITHOUT IT!

Here is a true situation that happened to me.  I found a need to go to the emergency room and I did NOT have access to any of my medical records when I went.  I take a considerable number of medications and correct me if I am wrong but I can’t even pronounce them let alone remember them.  When they asked what medications I was taking, I simply handed them my EPIC_ID Bracelet.  All the medications, the dosage and the physicians who ordered them were all listed on my bracelet.

The bracelet is far more than just a list of medications.  It contains a photo ID, emergency contact information, brief family history of diseases, list of regular physicians seen, prior surgical procedures, plus space to add additional information you consider important that may not have fit in the spaces provided or items such as the presence of a living will.

Anyone could find themselves unconscious or in an Emergency Room at any time in their lives, regardless of their age, and most would be there without this type of information at their fingertips.  Sickness, auto accidents, travel accidents, sporting accidents, violent crimes and yes mass shootings all come to mind after watching today’s news.  The importance of having this information affixed to your wrist available to any medical emergency personnel who have access to a computer cannot be over stated.  IT COULD SAVE YOUR LIFE OR THE LIFE OF ONE OR MORE OF YOUR LOVED ONES. 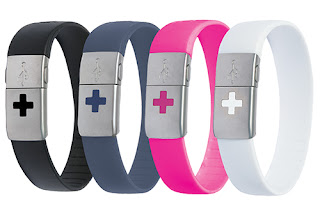 This is where the USB is concealed and protected in the clasp: 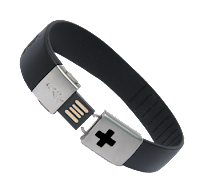 This is where you can find additional information:  https://www.epic-id.com

Note:  If you think this information could save someone’s life, please share it.